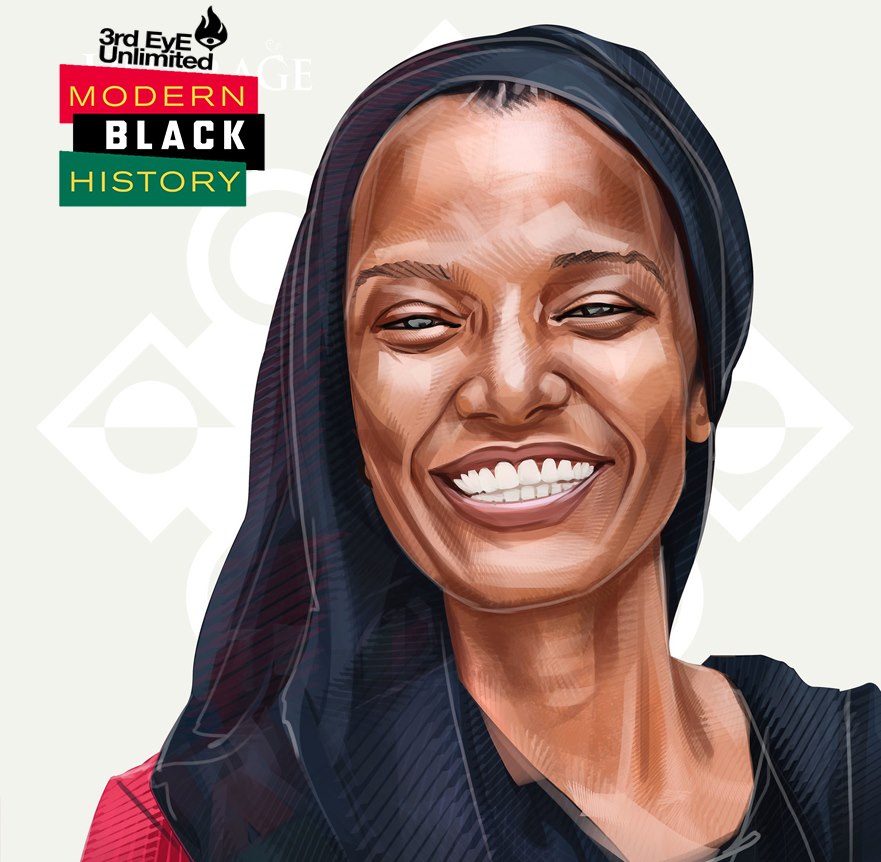 For all the children who die before having a name

Imagine you were born in Northern Kenya, close to the Somali border. Imagine, that upon finishing high school, you go on to study abroad. Imagine that you start a successful career in the US, build a comfortable life but you are still feeling a deep yearning to go back home. Imagine that you go on a vacation to visit your parents and it hits you that the dire situation your region has been in for a few years, due to frequent terrorist attacks from across the border, isn’t improving, leaving the population practically cut-off from the rest of the country. Imagine you’re so overwhelmed, you know you can no longer stay idle, you must act. But where to start? And how much of your comfortable life will you be willing to sacrifice on this journey?

Today, I am inspired by Umra Omar of Kenya. Umra was born in the mid-eighties on Pate Island, one of the biggest islands in the Lamu archipelago, in the Indian Ocean. Lamu is 150 miles north of the second largest city in the country, Mombasa. It is one of the most beautiful regions of Kenya, with several historical sites on the UNESCO World Heritage List. The archipelago has four big islands: Lamu, Manda, Pate, and Kiwayu. Lamu, the largest city in the archipelago and said to have once been the most important centre for international trade in East Africa, was founded in the 14th century and contains many examples of Swahili architecture.

Though she was born in a conservative Muslim community, her own family was a family of progressive men, who believed in educating women. Her maternal grandfather was adamant to put Umra’s mother is school in the 60s, and her father did the same for her and her two sisters. After completing her high school education at Rusinga High School in Nairobi, Umra received a scholarship to complete an International Baccalaureate at UWC Atlantic in the UK. She then went on to study at Oberlin in the US, where she earned a bachelors’ degree in Neuroscience and Psychology. She completed her education at the School for International Training in Vermont, where she earned a Master’s in Social Justice in 2009.

Umra started her professional career at the American Psychological Association in Washington DC. It was a great job, but she yearned to go back home. In 2010, she had the opportunity of working a couple years in Nairobi with the Open Society Initiative for Eastern Africa (OSIEA) before going back to the US.

The young woman stopped working when she got married and had her first child. It’s in 2014 that the life of the young mother was going to take an unexpected turn. Umra had gone to visit her parents in her hometown and was shocked how quickly her archipelago had changed for the worst in just a few years. For the last five years, her beautiful region had become victim of frequent incursions from the Somalia based terrorist group Al Shabaab. Once a flourishing tourism and trade hub, Lamu economy had practically collapsed in half a decade.

Umra was wondering what she could do to help. She learned of a medical aid project run by a French doctor who had lived in Kenya for decades. The French project was compensating the lack of adequate public services in the medical sector, but they had to close shop because when the security situation became un-sustainable for foreigners. It was disheartening to see her people with practically no access to doctors, in addition to the plight of living in constant insecurity.

When Umra came home for a vacation, she originally didn’t plan to stay in Kenya, but she felt she couldn’t just turn her back on her community and go back to her comfortable life in the US. So, the 32 years old mother of a two-year-old boy, and pregnant with her second child, made a decision that was going to completely change her life: she was going to stay in Lamu to try and be part of the solution.

That’s how Safari Doctors was born, a non-profit organisation with no office and only one staff member, Harrison Kalu, a 65 years old male nurse who used to work with the previous medical aid project. Umra would spend hours on the phone and on her laptop, trying to raise awareness about the situation in Northern Kenya and get support for her initiative. When they managed to get medical supplies, she and Harrison would tour the neighbouring villages to distribute them.

Did I mention that there were no cars in the archipelago? They did all that touring on motorcycles, bicycles or donkeys, and hopping on dhows to travel from an island to another, whatever they could find. Imagine a pregnant woman, who left a comfortable life in the US, touring her native archipelago on donkeys and motorbikes! Wow!

Umra never regretted her decision and never complained. The only thing that weigh on her mind was to have to stay away from her kids for hours, her son now 6 years old and her daughter born within months after she created her organisation. Fortunately, her parents supported her and kept the kids with them in Kilifi when she is at work.

After a deadly terrorist attack in 2015, a few months after she created her organisation, the authorities closed all roads, and everyone was restricted to traveling by sea. Do you think that stopped our valiant humanitarian soldier? On the contrary: within a few months, she had even increased her reach from 6 villages to 20 villages, on different islands. A big achievement considering that some islands are several hours apart.

Safari Doctors is growing slowly, but surely. Today, the non-profit has a dedicated team of 9 staff and medical volunteers. Each month, the team sails in a boat loaded with medicines and conducts mobile clinics across at least 8 villages and reaches up to 800 patients a month. Safari doctor proudly reports that, in these communities, child immunizations are up, skin conditions are down, communicable diseases have halved, the number of expectant mothers are attending antenatal appointments has doubled, and the demand for family planning has tripled!

Her journey is so extraordinary that Umra Omar has practically become a household name in her home country from the day she founded Safari Doctors and is starting to get recognition across the globe. In 2016, two years only after creating her organisation, she won an Africa Leaders 4 Change award and was a CNN Hero. In 2017, the Safari Doctors team won The United Nations Person of the Year. The same year, Umra was featured in Kenya’s Business Daily’s Top 40 Under 40.

Umra is often asked what inspires her to keep going on. She will cite one event in particular that has marked her and strengthen her resolve to do the work she does, no matter what.

It was a Sunday; she was home when her phone rang. It was Lamu’s hospital calling to ask her for help. They had a four-days-old child who was in critical condition and needed to be evacuated urgently.

Umra called different contacts, and, within hours, she was able to secure a boat and a chartered plane so they can evacuate the child. She also called the child’s father, who was out of town, and asked if he could rush to the airport wait for the medical team.

When she finished making these arrangements and was ready to go to the hospital, her phone rang. It was the hospital, informing her that the child had just passed away before they could bring him to the boat.

She was devastated! All the pieces had come together, the father was at the other end waiting, but they had acted too late! And what hurt her the most, was that the child died without a name as the family was waiting for him to be 7 days old to baptize him as it is traditionally done.

She often cites this event as the one that strengthened her resolve to continue fighting for those children who are dying for no other reason than the fact that they live in isolated and dangerous places where everyone has afraid to go, even in emergency cases.

Her work often takes her away from her kids for several days and she is aware that the constant threat of terrorist groups could one day deprive her kids of their mother.

“I know it’s a sacrifice, but I’m working hard to leave my children the Lamu that I knew many years ago. Comfort isn’t an option. Fear is not an option. With a bit of faith, we can all be the change that our world screams for.”

She hopes her children will one day look back and know that it is the responsibility to make their world a better place is within their power.

Right Your Legacy, Umra Omar! Your courage inspires us, and your selflessness humbles us. May God protect you on your extraordinary journey forward.
Contributor -Um’Khonde Patrick Habamenshi