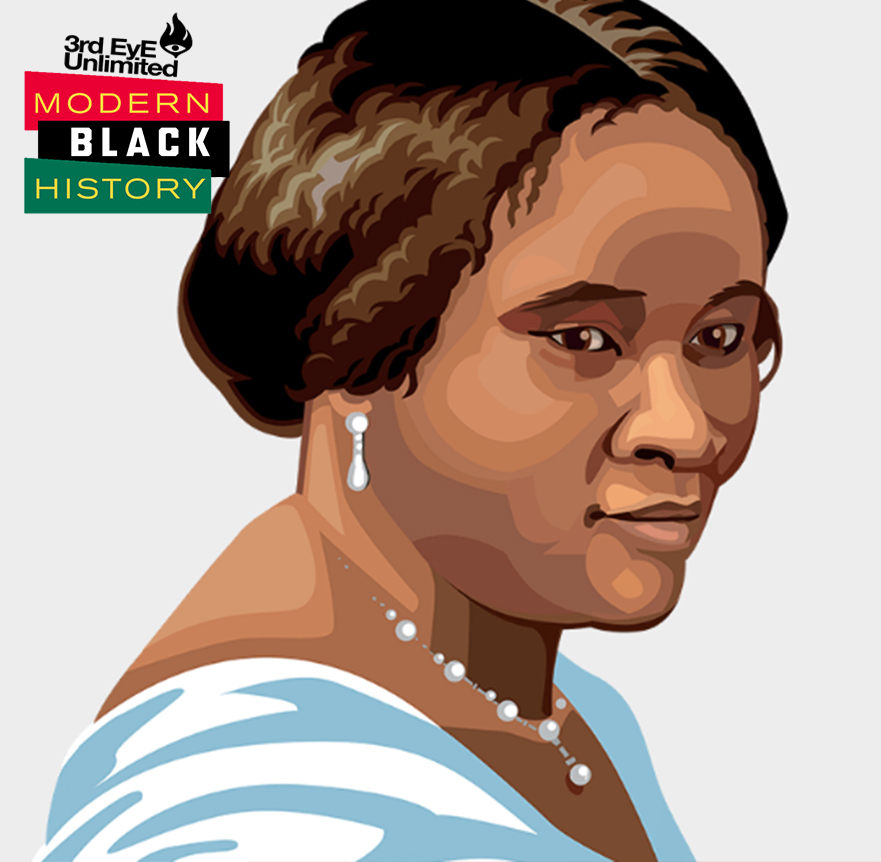 At first, it was all about hair and an ointment guaranteed to heal scalp infections. Sarah Breedlove – the poor washerwoman who would become millionaire entrepreneur Madam C. J. Walker – was trying to cure dandruff and banish her bald spots when she mixed her first batch of petrolatum and medicinal sulfur.

But what began as a solution to a pesky personal problem quickly became a means to a greater end. With the sale of each 2-ounce tin of Walker’s Wonderful Hair Grower, she discovered that her most powerful gift was motivating other women. As she traveled throughout the United States, the Caribbean and Central America, teaching her Walker System and training sales agents, she shared her personal story: her birth on the same plantation where her parents had been enslaved, her struggles as a young widow, her desperate poverty. If she could transform herself, so could they. In place of washtubs and cotton fields, Walker offered them beauty culture, education, financial freedom and confidence. “You have made it possible for a colored woman to make more money in a day selling your products than she could in a week working in white folks’ kitchens,” one agent wrote to her.

The more money Walker made, the more generous she became — $1,000 to her local black YMCA in Indianapolis, $5,000 to the NAACP’s anti-lynching fund. Scholarships for students at Tuskegee and Daytona Normal and Industrial institutes. Music lessons for young black musicians.

In 1917 at her first national convention, Walker awarded prizes to the women who sold the most products and recruited the most new agents. More importantly, she honored the delegates whose local clubs had contributed the most to charity. She encouraged their political activism in a telegram to President Woodrow Wilson, urging him to support legislation that would make lynching a federal crime.

Walker was labeled a “Negro subversive” by Wilson’s War Department because of her advocacy for black soldiers during World War I and her support of public protests against the East St. Louis, Illinois, riot.

By the time she died in 1919 in her Westchester County, New York, mansion, she had defied stereotypes, provided employment for thousands of women and donated more than $100,000 to civic, educational and political causes.

As a philanthropist and a pioneer of today’s multibillion-dollar hair care industry, she used her wealth and influence to empower others. One could say she was woke a hundred years ago. – A’Lelia Bundles