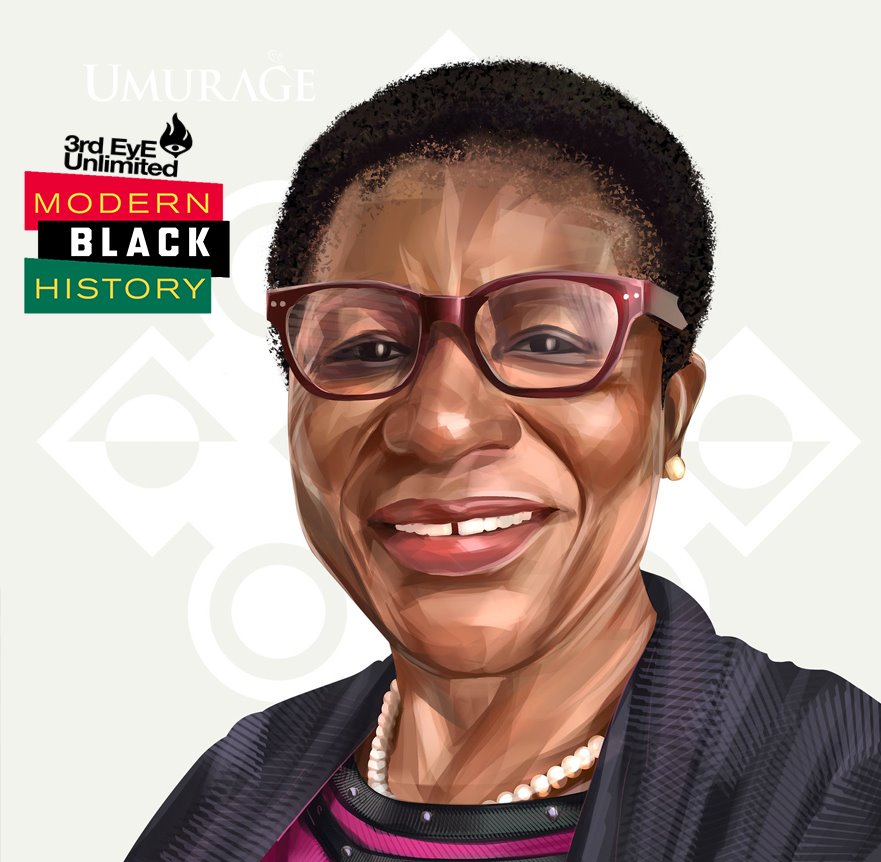 When you dare to believe

Imagine you worked as diplomat for most of your adult life but felt you had a higher calling to fulfil. Imagine your life path took you to Rwanda some six years after the 1994 Genocide and you found that the country’s children were suffering in ways you could have never imagined, in this aftermath of the horrendous tragedy than orphaned millions of them. How would you help them once you’re back in the US? Or would you even continue supporting these strangers or would you go back to your normal life, sorry you couldn’t do more for them?

Today, I am inspired by Clare Effiong, an African American humanitarian. Born in Nigeria in November 1959, Clare later migrated to the US where she worked for years in the Nigerian Embassy to the UN.

A Christian woman with an unshakable faith, this mother of two boys knew she God needed her elsewhere, that her life was to take her somewhere beyond her life as a career diplomat. In 1999, when she turned 40, she decided to follow the voice in her soul and founded a Non-Profit organisation in her hometown of New Rochelle in New York. She gave it the name ‘Esther’s Aid for Needy and Abandoned children’ as a tribute to the biblical figure Esther, a courageous orphan and slave who rose to become a Queen and played a big role in saving her people from being massacred.

Clare’s idea was to help the under-privileged kids in Africa, where there were children in more difficult situations than the ones around her. Though she was born in Nigeria, it was another African country that was “calling” her: Rwanda. She had been deeply affected by the 1994 Genocide and could only imagine that children were the ones most affected by this brutal tragedy.

In 2000, she took a leave of absence from work to go and volunteer in the land of a thousand hills. She didn’t want to miss on this opportunity to finally visit this little country she knew almost nothing about except that it had been torn apart by the deadliest of conflicts but was eager embrace.

She was a little anxious, as you can imagine, having no idea what she was going to find there. But she was a woman of great faith and Mama Clare trusted that God would be with her on this trip that would undoubtedly be very emotionally charged.

It was worse than what she could have ever imagined! Mama Clare – as she is fondly called – was overwhelmed by the dire situation she found in the country. It has already been six years after the genocide, but the stigmata of the war were still visible everywhere. Clare was especially stunned by the enormous number of homeless kids.

”Children were everywhere, on the streets, in the sewer, in the garbage. No parents. No relatives.”

She returned to the US and organised campaigns to raise support for Rwanda. Thank God, her community in New Rochelle was very supportive of her initiative.

“When the community recognizes what you do, it goes a long way. It makes you stronger.”

She managed to get enough goods and clothes to fill a container. But rather than just shipping it to Rwanda, she decided she should go an open a branch of Esher’s Aid in Kigali.

She returned to Kigali on a second trip one year after her 2000 memory filled first visit. It was on that second trip that she was going to have an encounter that would change her life forever! It was a Sunday morning, and Clare had decided on an impulse to get on a taxi and drive through Kigali. She wasn’t sightseeing; rather she was looking for kids who needed help.

“I was letting the Spirit guide me”, she confided.

They had driving for a while when she saw some kids going through garbage bins. She believed it was God who has shown them to her. She abruptly asked the driver to stop and jumped out of the car in a hurry. The kids, who hadn’t seen that she was holding some loafs of bread, all disappeared except one. She approached the little nine years old boy, who didn’t seem afraid of her, and asked him what he wanted.

She thought he was going to ask her for some food and a shelter, and probably money. But he didn’t ask any of that. The little 9 years old, who had lived on the streets for the last three years, sleeping in burn-out car carcass without tires and who was going hungry most of the days, ask for something that completely took her by surprise:

“I want to go to school”, he resolutely answered.

Mama Clare couldn’t stop her tears. She hugged him, not caring a bit about how dirty he was or the odour of a kid who never bathed. She embarked him in the car. As she wasn’t living in Rwanda, she took him to a friend’s home in the neighbourhood of Gikondo. It was the first house the boy had ever been invited to enter since he roamed the streets of the capital. Clare asked her friend to help the little boy get an education.

“I will send money to pay for school fees, school materials, uniform, shoes, anything he needs.”

Over the years, her orphanage grew as more kids were referred to them. Though she knew this was more than they could have ever expected, Mama Clare had come to realise that it wasn’t enough to give kids a place to sleep and eat, one also had to take care of their minds. She therefore decided to open a school so she could equip them with the necessary skills to live successful lives.

“Every child has potential. When I see any child, all I see is the future of that child.”

Esther’s primary school later expanded to include a full-fledged vocational training wing for young men, young girls and young women interested in pursuing careers in the fields of culinary arts, sewing and design. The 13-month certification training program provides them with a start-up kit to start a business.

You can easily guess that the dreams of this tireless woman were not going to fit in the compound she was leasing in one of Kigali’s neighbourhoods. Well, in 2010, Mama Clare decided to buy a piece of land – almost five acres – so she could build a whole campus for her kids! Her project is called “the Village of Peace”, a sustainable space that will have dormitories, classrooms, a cafeteria, a computer lab, an auditorium, a Community Center, a Library and a medical clinic amongst other facilities. Once completed, the Village of Peace will be home to Esther’s Aid in Kigali and will house all their programs. They will also have an emergency housing and treatment for the survivors of sex trafficking.

A group of American engineers who were seduced by the project, travelled all the way to Rwanda to help her design the village of her dreams. For free! Construction is on its way and Esther Aid has an ongoing fundraising campaign to help them complete construction by the end of this year. A worthy cause, wouldn’t you say?

A couple months ago, Esther’s Aid held its 13th Graduation for a cheerful and enthusiastic 280 students, three times more than the previous year!

“We’re able to help them go from hopelessness to hope. We bring them from the dust to the palace. It is only in the giving of oneself to others that we truly live.”

In the 18 years since they started working in Rwanda, Esther’s Aid has helped feed, clothe, shelter and educate more than 8,000 children, allowing them to confidently prepare for better futures.

Right Your Legacy, Mama Clare, and thank you for your big heart, for choosing Rwanda and for offering a family and so much hope to so many hopeless children, young girls and women over the years.