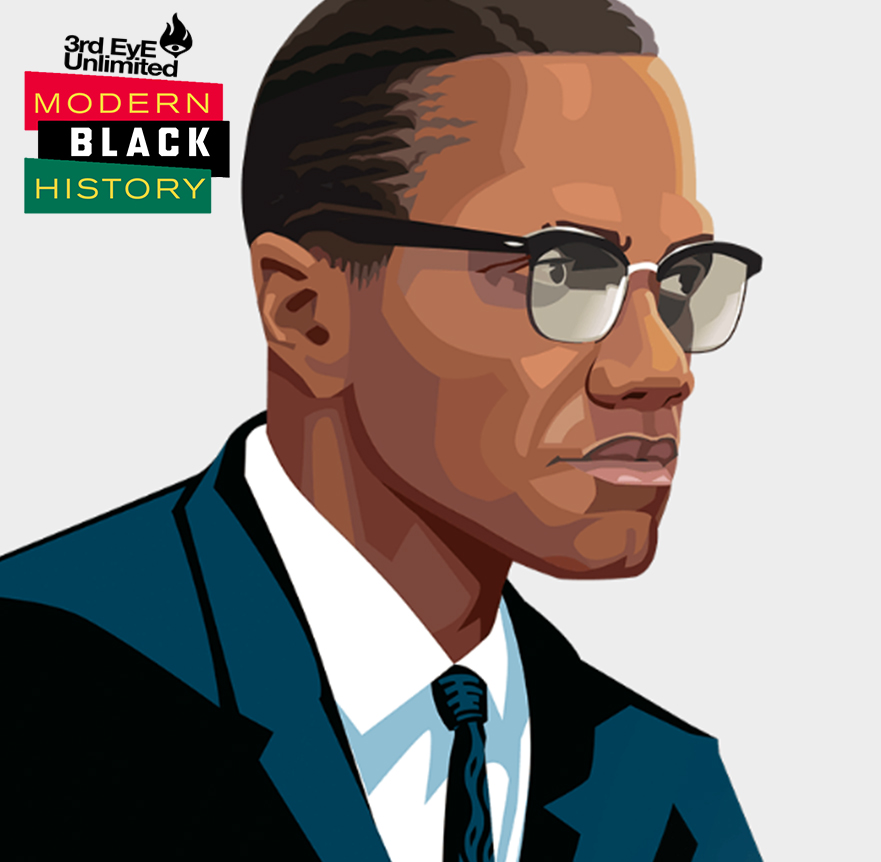 Malcolm X was royalty. He was the American Dream whether America wanted him to be or not. Born Malcolm Little, Malcolm X overcame drug addiction and a life of crime to become one of the country’s foremost civil rights leaders and champions of black pride in the 20th century. Malcolm X converted to Islam while serving a six-year prison sentence for burglary in Massachusetts. In just two years after his 1952 release from prison, he became a minister at Nation of Islam temples in Boston, Philadelphia and New York.

In 1957, Malcolm X founded the Nation of Islam newspaper Muhammad Speaks. The paper remains one of his lasting legacies as it was the medium for him to spread his revolutionary message. His philosophies on black pride, black beauty and black power spread widely across the country — for a time in the 1960s it was the most widely read black newspaper in the United States, boasting a circulation in the 100,000s. Malcolm X’s theories became the blueprint for the black power movements of the ’60s and ’70s. Malcolm X also receives credit for cultivating the notion that “black is beautiful.” From 1952 to Malcolm X’s murder in 1965, the Nation of Islam’s membership grew from around 1,000 to 20,000 (though estimates vary).

By 1963, Malcolm X had become the second-most sought after speaker in the United States and was interviewed by Mike Wallace of CBS News. His Unity Rally in that same year was one of the biggest civil rights gatherings at the time. His friendship with Muhammad Ali is one of the more storied relationships of the ’60s, and they set the world on fire with their beliefs and willingness to speak out.

Malcolm X took a more diplomatic stance with regard to race relations after leaving the Nation of Islam in 1964. Previously he’d been known for segregationist views and acceptance of violence in the quest for equality. He began though to preach peaceful resistance, and the benefits of integration and unity. However, his break from the Nation of Islam would be short-lived, as he was assassinated in New York City in 1965. He was 39.

Malcolm X’s legacy was cemented posthumously, as The Autobiography of Malcolm X, written with Alex Haley, only expanded his influence. The paperback version of the book sold 400,000 copies in its first year and is essential reading for any American. He also became part of a Black Power movement in the early ’90s as director Spike Lee’s adaptation of the autobiography reignited interest in the leader and his ideals of Pan-Africanism. His most famous quote, “If you don’t stand for something, you will fall for anything” is as important in 2017 as it was in the 1960s. – David Dennis Jr.