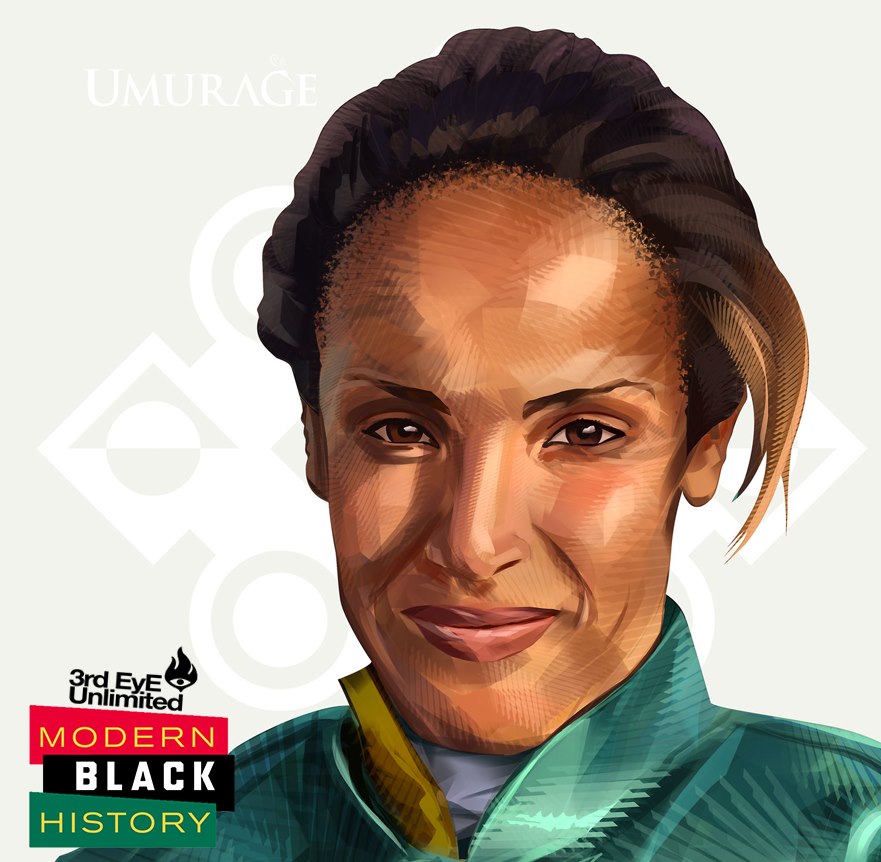 What if you could write your own destiny?

Imagine you were born in a village of the Cherifian Kingdom, in the Maghreb. Imagine you loved animals and dreamed of becoming a veterinarian ‘when you grow up’. Imagine you unfortunately had to put your dreams on hold when you’re forced to leave school at the age of 13, as your parents couldn’t afford it anymore. Imagine you had to look for a job, any job, to help your family. Imagine that you, the young teenager without a diploma, could only find a job as a maid. Would you simply accept your fate, or would you cling on to the hope that your life can still improve?

Today, I am inspired by Bouchra Marmoul, an exceptional young woman from Morocco. Bouchra was born in 1991 in a small village by the name of El Ghorba, in the Moroccan countryside. Her family was very poor; her father worked as a carpenter and her mother was a stay at home mom who raised two girls and four boys.

Bouchra was able to finish primary school but had to shorten her secondary education when she was 13. Her family had moved to the city of Douar Gharbia to try and find more opportunities. Bouchra couldn’t go back to school; instead, she had to try and get a job to supplement her family’s income. The only employment she managed to find was a maid job on a horse farm next to Lalla Malika, one of the most famous racetracks in her country. Bouchra, who had always loved animals and once dreamed of becoming a veterinarian, immediately fell in love with these majestic animals. Whenever she had a little break from work, she would go and watch the horses.

When the owner of the farm noticed her curiosity and love for the horses, he decided to assign her to the stables and encourages her to learn to ride. He tasked her to take care of three of the farm’s horse. She would ride the horses in the morning and take care of them in the afternoon. It was like being in paradise!

Very quickly, Bouchra decided to try her luck and apply to become a jockey, a job so far strictly reserved to men. She went to the SOREC (Royal Society of Horse Encouragement), where she was told to send a letter of request. However, the agent she met tried to disparage her, advising her that “racing is not a woman’s job”, and encouraging her to go and try to get “a less dangerous job”. That didn’t discourage her, on the contrary, even though her family and friends were of the same opinion as that misogynous agent. Bouchra wrote a passionate letter to the director of the Royal Society, adding at the end that she had no intention of giving up.

Her prayers were answered when she received a return invitation to come to Rabat for aptitude tests. She succeeded and earned her license in February 2014, at the age of 23, becoming the first woman jockey in the history of Morocco.

She began training rigorously, until she felt ready to participate in competitions. She finished sixth in her very first race, in Rabat, an honorable place, but the young woman was aiming for the top step of the podium.

She was rapidly noticed, thanks to her determination, and it wasn’t long before she began receiving invitations to participate in international championships. The consecration will come in 2015 in Warsaw at the Sheikha Fatima Bint Mubarak World Championship. Bouchra Marmoul, who was just a maid a year before, who had never taken a plane or gone out of her country till a few months before, and the only Moroccan, Arab and African jockey to participate in this race, crossed the finish line FIRST and took the trophy home! And my crystal ball tells me that this is just the beginning of a beautiful journey where even the sky doesn’t dare to be a limit…

Right Your Legacy, Bouchra! We are proud of you!