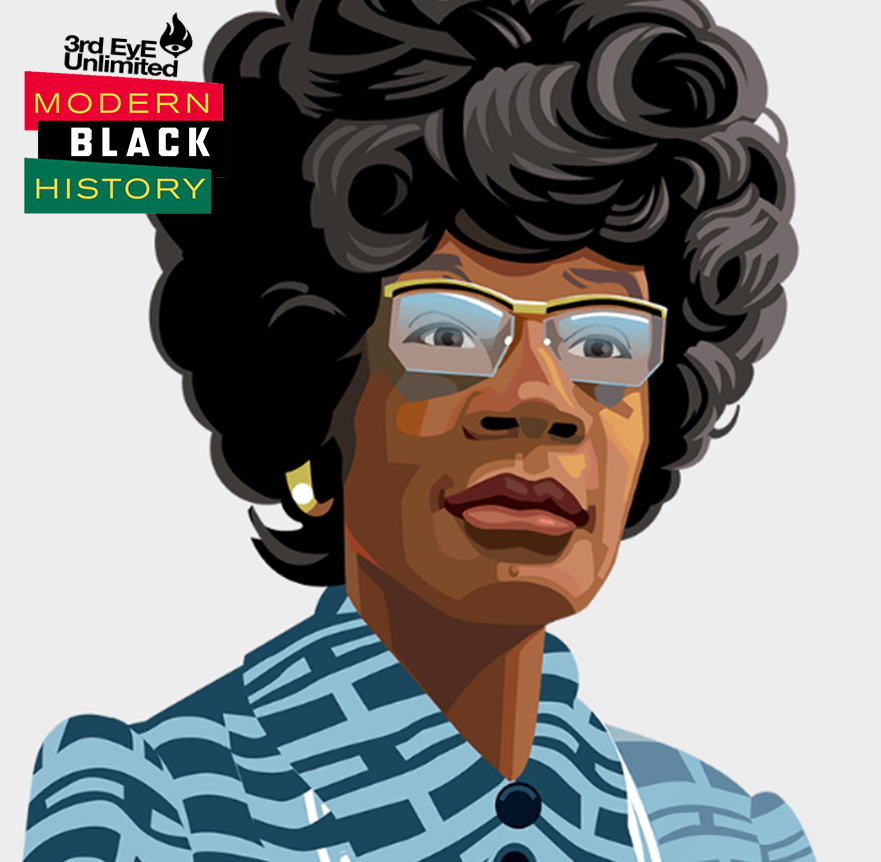 Because before ‘Yes We Can’ there was ‘Unbought and Unbossed’

When thinking about how contentious things are in Congress today, imagine being the sole black female congresswoman nearly 50 years ago, at the height of the civil rights movement. Shirley Chisholm was relentless in breaking political barriers with respect to both race and gender. She was a pioneer.

In 1968, Chisholm became the first black woman elected to the U.S. Congress, representing New York’s 12th District for seven terms from 1969 to 1983. As both a New York state legislator and a congresswoman, Chisholm championed the rights of the least of us, fighting for improved education; health and social services, including unemployment benefits for domestic workers; providing disadvantaged students the chance to enter college while receiving intensive remedial education; the food stamp program; and the Special Supplemental Nutrition Program for Women, Infants and Children program.

Chisholm noted that she faced more discrimination because of gender than race during her New York legislative career, while acknowledging the additional struggle that black women encounter specifically because of their race. All those Chisholm hired for her congressional office were women; half of them were black. “Tremendous amounts of talent are lost to our society just because that talent wears a skirt,” she said.

Before President Barack Obama’s “Yes We Can” slogan and Hillary’s “Stronger Together,” there was Chisholm’s “Unbought and Unbossed.” In 1972, Chisholm became the first black candidate for a major party’s nomination for president of the United States, and the first woman to run for the Democratic Party’s presidential nomination.

Chisholm remarked in words that still resonate today that “in the end, anti-black, anti-female, and all forms of discrimination are equivalent to the same thing: anti-humanism.” The next time you queue up Solange Knowles’ album, A Seat at the Table, be reminded of Chisholm’s words: “If they don’t give you a seat at the table, bring a folding chair.” – April Reign